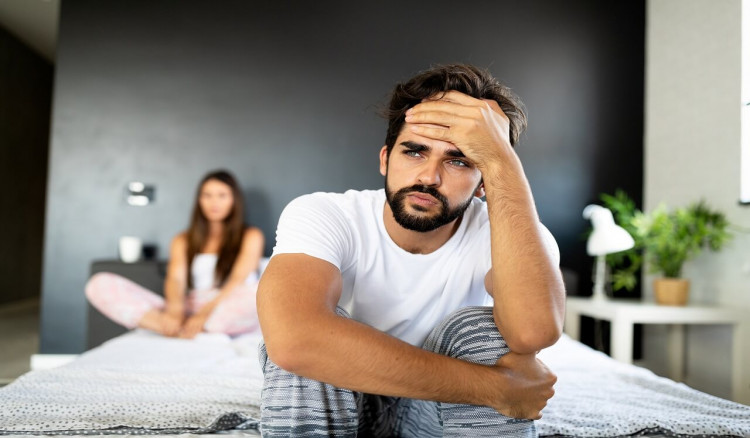 The cause of infertility may be a defect, either organic or functional, in the man or woman.

One out of every 10 couples who want children have difficulty conceiving them. Sometimes, difficulty conceiving is due to a couple not knowing that there is an optimum time for conception. This is the period midway in the menstrual cycle, beginning about two days before ovulation and lasting for about five days after it.

Couples experiencing difficulty in having a baby should obtain a thorough medical examination for signs of abnormality, glandular disturbance, poor nutrition, or disease—any of which may be responsible for infertility.

In most instances, however, the problem can be solved. The solution is a joint responsibility of both man and woman: contrary to the popular notion, the problem lies with the man in about 30% of all cases and in many instances it is shared by both the man and the woman.

To diagnose male infertility, a specimen of the man's semen is examined under the microscope and it can be quickly determined whether the sperm cells are sufficient in number and are in a healthy condition.

There are many effective natural solutions to male infertility and one of them is Ginger.

Ginger is a flowering plant whose root is commonly used as a spice and a traditional medicine.

The list of traditional medicinal uses of ginger is very long, but most of these claims have not been tested by science.

However, one topic that has been researched is ginger’s effect on male fertility. Human and animal studies show that ginger can increase fertility and boost testosterone.

These researchers looked at the effect of ginger supplementation on semen parameters and hormones in infertile men.

The researchers recruited 75 men from fertility clinics across the country.

“A longitudinal study comprised 75 infertile men, their ages from 19-40 years.”

The researchers tested the men for more than one semen parameter prior to the study to get an accurate baseline reading of fertility.

“At least 2-3 semen analyses were done during treatment before making a final conclusion regarding the baseline sperm parameters.”

Then the scientists treated the participants with ginger and re-tested their semen parameters.

“This study involves a clinical trial by treating the whole infertile patients with ginger.”

And treatment with ginger led to a significant increase in sperm count.

“There was significant increase in sperm count of infertile men after treatment with ginger as compared with that before treatment.”

But other measures showed that ginger did even more than just boost fertility. Ginger supplementation led to a massive boost in sperm motility.

“The increase in sperm motility of infertile men after treatment was up to 47.3%.”

There is also a significant boost in sperm viability. Sperm viability measures how much sperm is alive or effective.

“There was an increase in percentage of sperm viability up to 40.7%.”

Sperm morphology refers to the shape of the sperm seen under a microscope. Sperm with a normal shape have a much greater ability to fertilize an egg and ginger supplementation improved sperm morphology too.

“There was significant increase in normal sperm morphology of infertile men after treatment with ginger.”

Here’s another thing: Ginger raised the levels of testosterone by almost 20%.

“Testosterone concentration was increased significantly when infertile men were treated by ginger. The level was increased after treatment by 17.7%.”

There are 2 other key hormones to look out for regarding fertility and testosterone.

“Luteinizing hormone level was increased after ginger treatment by 43.2%.”

“Follicle-stimulating hormone level was increased after treatment by 17.6%.”

These results indicate that ginger improves the health of testicles.

One of the major causes of testicular damage is chronic exposure to oxidative stress. Oxidative stress refers to rogue electrons that can damage cell walls and DNA.

“Malondialdehyde decreased after ginger treatment by more than 50%.”

Antioxidants decrease oxidative stress. They clean up the rogue electrons that can damage cells and DNA. The researchers tested for levels of a key antioxidant: glutathione.

Ginger supplementation was associated with a boost in protective glutathione levels.

“We observed an increase in semen glutathione of up to 26.7%.”

It seems that ginger lowers oxidative stress in the testicles. This leads to a natural boost in both fertility and testosterone. Unfortunately, the study did not report how much ginger the participants used or for how long.

However, other researchers have done similar studies with rats. One rat study showed a similar effect on fertility using a human equivalent to 300mg of dried ginger per day.

While ginger has been shown to boost fertility in men, you should always consult a healthcare professional about treating and diagnosing all your health and fertility problems

The Effect of Ginger on Semen Parameters and Serum FSH, LH and Testosterone of Infertile Men by Waleed Abid Al-Kadir Mares and Wisam S. Najam