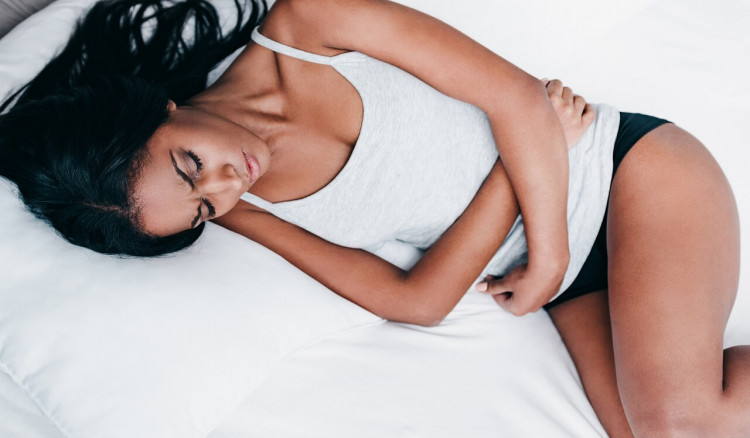 Menstruation is the monthly loss of blood from the uterus which takes place throughout a woman’s childbearing years. It is just one event in the series of changes known as the menstrual cycle.

The average cycle lasts about 28 days, although in some women it is several days longer or shorter. Menstruation begins during puberty usually when a girl is 12 to 14 years old, and ends at the menopause by about the age of 50.

During the menstrual cycle, an egg cell develops in an ovary and passes along a Fallopian tube into the uterus; at the same time, hormones cause changes in the lining of the uterus.

If the egg is not fertilized, it and the lining of the uterus are discarded in the monthly flow of blood. After menstruation, the structure of the uterus heals and another cycle begins.

If the egg is fertilized, the process ceases and does not start again until the end of pregnancy. The regularity of the cycle is controlled by hormones secreted by the pituitary gland at the base of the brain.

For over 35 years of her life—the childbearing period—every normal woman menstruates. At some point during this long span of years, one or another menstrual disorder may arise. Most such disorders are trivial and, in fact, usually correct themselves. Nevertheless, they should not be ignored.

If your menstrual period is abnormal in any way, consult your doctor. This is especially important if you bleed between periods or after the menopause. The symptom may mean nothing: women who take birth control pill sometimes experience this so-called ‘break-through’ bleeding.

But it can also be a warning sign of cancer and it should therefore be reported to the doctor immediately.

The following are a list of menstrual disorders that women face:

Sometimes a girl who has reached the age of puberty fails to begin menstruating. This condition is known as primary amenorrhea. In rare cases, it is caused by malformed or underdeveloped organs. For example, the hymen may block off the entrance to the vagina completely, instead of only partially, thus causing retention of the menstrual blood.

This condition may also be caused by glandular disorders, which can be treated and corrected. If the menarche (onset of menstruation at puberty) seems unduly delayed, it is wise to consult a doctor.

The term secondary amenorrhea is used to describe cases in which menstruation begins and then quickly ceases. Secondary amenorrhea normally accompanies pregnancy, and women who breast-feed their babies may find that it continues intermittently for as long as they are nursing. It is also quite common in the period immediately following menarche and the period preceding menopause.

Primary and secondary amenorrhea can also be associated with other factors—general poor health, a change in climate or living conditions or emotional difficulties, such as stress, or the fear or hope of being pregnant. All these can affect the hormone balance and, therefore, the menstrual periods.

These same factors can sometimes reduce the menstrual flow to little more than staining. A severely reduced menstrual flow may also be caused by anemia.

The term menorrhagia is used to describe the condition that exist when the regular menstrual flow is exceptionally heavy. Heavy menstrual bleeding (HMB) is defined as excessive menstrual blood loss (MBL) >80 mL per cycle, that interferes with a woman's physical, emotional, social wellbeing and quality of life. It is not easy to describe for every woman the amount of menstrual flow that constitutes menorrhagia. However, if your regular means of sanitary protection are not adequate to absorb the menstrual flow, or if the menstrual blood forms into large clots, you are likely to be suffering from this condition and should consult your doctor immediately.

For some women, the menstrual cycle is extremely regular: they can predict within 24 hours when their next period will begin. In other women, the cycle is far less predictable—the interval between periods varies from month to month.

Women in both groups may occasionally experience cycles that are irregular for them. Such irregularity may be caused by harmless variations in nature’s timing, by changes in climate or living conditions, or by emotional factors. The irregularity will usually correct itself spontaneously.

On the other hand, menstrual irregularity can be the result of a medical problem that requires the doctor’s help. For example, irregularity may be associated with disease in some part of the body, such as the thyroid gland, or with a tumor of the uterus or the ovaries.

A doctor should be consulted if menstrual irregularity persists. This is particularly important in the case of bleeding between periods, because this can also be a sign of cancer somewhere in the reproductive system

Many women experience discomfort and mild cramps at the onset of their periods—a condition known as dysmenorrhea. Usually, the pain will yield to an aspirin and a brief rest.

Dysmenorrhea is almost never found in women who have had a number of children. Often it cannot be accounted for by any organic condition, and in many cases there is conclusive evidence that it is caused by emotional factors acting on the body. Your doctor can prescribe medications—antispasmodics, analgesics and sedatives—to relieve severe menstrual pain

Some women experience pain approximately midway between their periods, at the time of ovulation. The pain may be accompanied by a slight show of blood, or by a non-bloody vaginal discharge. Although the pain is sometimes quite severe, in most cases there is only mild discomfort, which lasts for only a short time.

A number of symptoms—headache, depression, irritability, slight nausea and puffiness of the abdomen, skin and other parts of the body—may precede the menstrual period. The reasons for these symptoms are not fully understood, but it is known that they are associated with a disturbance of the body’s salt balance and consequent accumulation of water in the tissues. Sometimes these symptoms can be relieved by the use of a diuretic which your doctor can prescribe or by the elimination of salt from the diet.

For most women the first clue to pregnancy is the cessation of menstruation. However, missing a period is not infallible proof. Other factors such as illness, malnutrition, rapid weight loss and emotional upset may delay menstruation.

If you miss your period and suspect that the cause is pregnancy, you can use our pregnancy due date calculator to learn more about your delivery due date.

About midway between two menstrual periods, an unfertilized egg cell or ovum is released from an ovary and is moved slowly towards the uterus by contractions of the muscular wall of the tube. The ovum can be fertilized only if it unites with a sperm cell while it is moving through the tube. Pregnancy follows when the fertilized ovum reaches the uterus and becomes implanted in the wall of the uterus.

To see when you’re most fertile as it relates to your menstrual cycle, you can use our ovulation period calculator

Heavy menstrual bleeding: An update on management by Joanna Davies, Rezan A Kadir