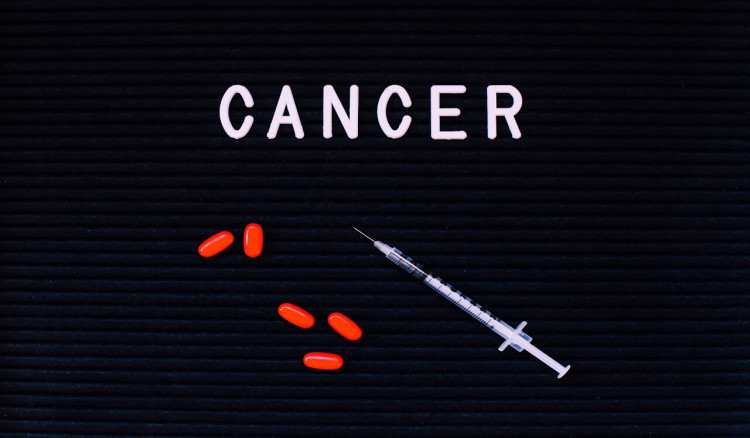 Cancer is greatly feared because of the terrible torment that most people associate with this killer disease. However, great strides have been recently made to alleviate the ravages of cancer.

Whereas in 1900 few cancer victims had any hope of long-term survival, today about one-third of all people who suffer from this dreaded disease are expected to live at least five years after beginning treatment.

Cancer is actually a large group of diseases rather than one single disorder. It is basically an overgrowth of cells which spread to other parts of the body and result in death if not stopped or at least controlled in time. Many cancers today can be cured when detected promptly and treated properly.

Why do cells suddenly start to proliferate and multiply, spreading to distant parts of the body at rates of speed as different as the cancers themselves? The answer is not really known even today. What is known is that smoking does cause lung cancer, that excessive radiation can cause other types of cancer, and that factors in the environment—too much sun, for example—are carcinogenic or cancer-causing.

But why these factors cause cancer or why they do so in one person and not in another, is not fully understood. There is still much to learn about cancer, but at least there are ways of preventing some cancers and of stopping others when they are detected on time.

A word of warning is in order: only a doctor can tell whether a tumor is malignant or benign. The doctor has to examine a bit of the growth under a microscope in order to know whether or not it is cancer. Never decide for yourself that a tumor is only harmless growth.

Once a cancer has spread, the chances of cure diminish rapidly. Fortunately, cancer isn’t contagious. No cancer has ever been transmitted from one person to another. It is therefore perfectly safe to visit, associate with, or care for an individual who has cancer.

Cancers are divided into two large groups: Sarcomas and Carcinomas.

Sarcomas usually affect the bones and muscles, and are apt to grow rapidly and be very destructive. The carcinomas make up the great majority of cancers of the breast, stomach, lungs, uterus, skin and tongue.

At first most cancers grow only in the site where they originated. Even then, the cancer may invade neighboring cells and tissues and perhaps destroy vital structures. It is far more dangerous, however, when it sets up new growths in other parts of the body.

When cancer enters this stage, it becomes very difficult to cure; yet in some cases it can still be held in check. Obviously, the time when cancer can best be cured is in the early period of its growth—before it destroys the neighboring tissues or spreads to other parts of the body.

Some of the common cancer types are:

This is one cancer for which the chief cause is usually clear: smoking.

Lung cancer is prevalent among heavy smokers who use more than one pack of cigarettes a day. Constant smoking of cigarettes, pipes or cigars is a medically risk habit. But in some cases lung cancer can also strike non-smokers as well.

The chief indication of lung cancer are:

This is the most common type of cancer in women and is found most frequently in those over age of 40. Only one woman in 100 develops cancer, and in these cases can usually be cured if detected early.

The value of prevention has been shown by research projects which found that more than three-fourths of women with breast cancer had negative armpit of lymph nodes, which indicated the cancer had not spread.

By catching breast cancer before it had spread to the lymph nodes, a woman’s chances of survival increased to the point where 84 percent of these early cases were expected to survive for at least five years.

The American Cancer Society urges self-examination of the breasts at least once a month and an annual examination by a doctor.

This common form of cancer affects over 1,000,000 people each year. Colorectal cancer (CRC) is already the third leading cause of cancer death in the world, and its incidence is steadily rising in developing nations. Nearly half of its victim die, but the American Cancer Society estimates that almost three out of four victims might be saved by early diagnosis and prompt treatment.

The key to diagnosis is a proctoscopic examination which should be taken regularly by people over the age of 40.

Signs and symptoms of colon-rectum cancer are:

More than 100,000 new cases of skin cancer are reported in the United States annually, but most can be prevented by avoiding excessive exposure to the sun.

The American Cancer Society estimates that some 95 percent of the victims can be cured if the following warning signals are heeded in time:

Although usually thought of as an adult disease, cancer ranks second only to accidents among the causes of death in children under the age of 15. Cancer kills more children between the ages of three and 14 than any other disease, with leukemia accounting for about half of these deaths.

Fortunately, death rates for all types of childhood cancer have declined. This decline was caused in part by the increasing medical success in dealing with leukemia, lymphoma and kidney cancer.

Because of major treatment advances in recent decades, 84% of children with cancer now survive 5 years or more. Overall, this is a huge increase since the mid-1970s, when the 5-year survival rate was about 58%. Still, survival rates can vary a great deal depending on the type of cancer and other factors.

The most common forms of cancer in children are leukemia and lymphoma, brain and central nervous system cancers, caner of the kidney and bone cancer.

Treatments vary but have met with encouraging successes either singly or in combination. Surgery is the most common means of attack. Increasingly, radiation treatment by means of X-rays or such radioactive substances as cobalt is being used either by itself or in conjunction with surgery.

Chemotherapy is also finding an exciting place in cancer therapy and offers considerable hope in the case of blood cancer. Some new drugs have been used with great success.

Hormonal therapy—notably in prostate cancer—is another approach. The newest of all is immunotherapy. There is much hope for successfully treating cancer victims today, and success still lies primarily with prevention and early detection.