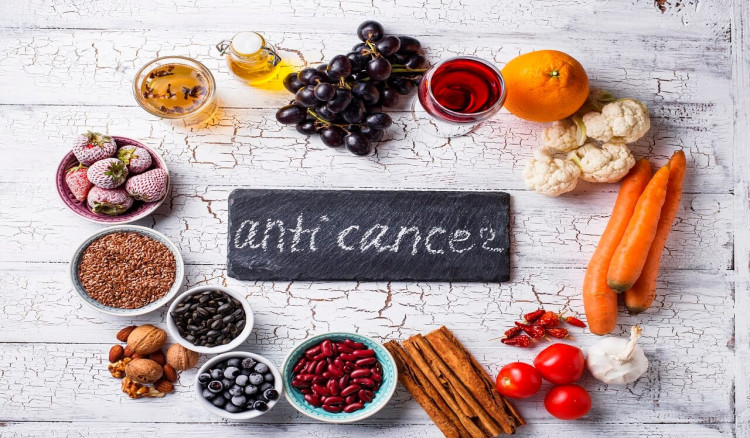 Cancer is on the increase worldwide.

While it is best to avoid getting cancer but what makes cancer deadly is its ability to spread beyond where it started and damage other areas or organs of the body.

It is essential that anyone who has cancer knows what to do to stop it from spreading to other areas of the body while undergoing treatment for the cancer until it’s eliminated from their body. This greatly improves the cancer survival rate.

This is especially true if they plan to undergo surgery, as the chance of metastasis (spreading) greatly increases when cancer cells are disturbed.

Yet you can take active measures to contain cancer while inhibiting its spread. This allows you time to search for the best ways to eliminate it and improves cancer survival.

Vitamin C is one such way and vitamin C is safe to take orally in gram-sized amounts.

Most humans get far less vitamin C than we used to in the past and we need about 3 grams a day.

Scientists extrapolated this 3 grams amount from the animals that can make their own vitamin C and from the assumed composition of our primitive diet.

Vitamin C has been proven to inhibit cancer spreading in multiple ways:

Because vitamin C is a prerequisite for catalyzing collagen synthesis, it can slow the growth of tumors by encapsulating them in a collagenous shell thus improving cancer survival.

This has now been scientifically proven.

Not only did animals supplemented with vitamin C have slower-growing tumors, but they had far less cancer spread than the control animals.

Tumor encapsulation is the normal state of affairs and it’s what we want because it can greatly improve cancer survival.

But people who are deficient in vitamin C can’t make this containment happen and will have lower cancer survival rates.

“Tumor encapsulation is critical in curbing invasion and metastasis of malignant cells.”

We have several types of cells in our immune systems and these ones, these killer cells, are the only type that can seek out abnormal cells and destroy them.

Vitamin C inhibits hyaluronidase, an enzyme that many cells secrete to break down the extracellular matrix.

Since this enzyme’s substrate, hyaluronic acid, forms a significant percentage of the extracellular space, it can turn their surroundings into “jello.”

For this reason alone, it is a good idea to take vitamin C during any kind of infection.

“Degradation of adjacent matrix in the vicinity of invading neoplastic cells is dependent upon continual release of hyaluronidases, proteases, and collagenases from the invading cells.”

The current recommended daily allowance of 60mg per day is a joke. With that amount, people can barely avoid scurvy and they will still get chronic diseases of all types.

Recently, all of this has all been experimentally demonstrated.

In this study, the researchers fed the same diet to three different groups of mice:

That enzyme is responsible for synthesizing vitamin C in all animals other than primates, guinea pigs, and fruit bats.

Knocking out this enzyme is the only way to study vitamin C deficiency in most animals.

They gave one group of knockout mice enough vitamin C in their drinking water to give them plasma concentrations of vitamin C close to that of wild mice.

This is better than simply comparing one group of knockout mice to wild-type mice.

This way there are two groups identical in every way (except for the extra vitamin C in one group) that researchers can compare to each other and to the wild-type mice.

They can’t make vitamin C and they eat a refined and/or all-cooked diet.

The knockout mice that were also getting vitamin C would be analogous to a human taking a few grams of vitamin C per day while eating a crappy fast food diet.

Yet even high-priced restaurants have many items on their menus with no vitamin C -- because when you cook something you destroy most of the vitamin C.

People of all ages, classes, and races can become deficient in vitamin C if they avoid raw foods and don’t supplement.

Then the researchers injected the mice with two different types of tumor cells: melanoma and breast cancer.

That resulted in six groups of mice -- two identical sets of three.

Then they waited a few weeks, killed the mice, and counted the metastasis:

The researchers noted an increased encapsulation of the tumors with collagen.

That’s not a big surprise.

Collagen fibers have two amino acids that must be modified by vitamin C specifically. Nothing else will do it.

In the vitamin C-supplemented group, breast tumor weight went down by 28%, interleukin-6 by 85%, and VEGF by 98% in the melanoma trial.

It signals for tumors to increase their blood supply, often leading to more than their fair share of glucose.

There are other ways that vitamin C can accomplish the same result.

And one way is by potentiating natural killer cells.

As previously mentioned, these cells have the capability of recognizing non-self cells and destroying them.

They can do this against invaders such as bacteria and yeast, against virus-infected host cells, and even against mutated cells that have become cancerous.

This is such a reliable effect that the activity of natural killer cells is often measured by how well they kill tumor cells in vitro.

And the activity of these cells is highly correlated with metastasis.

So that is another way that vitamin C could have induced the results above.

There was so much buzz around natural killer cells after they were discovered that dozens of studies have looked into their role in minimizing metastasis.

This is just one of such studies about killer cell

This study included many groups of mice.

The researchers gave these mice many different treatments.

The protocol was simple:

They injected tumor cells, gave the mice a treatment, and then examined cancer spread a few weeks later.

All of the treatments that could increase alpha-interferon actually lowered metastasis.

And the immune suppressant cyclophosphamide greatly increased metastasis, in all cases.

Ironically, cyclophosphamide is used to “treat” cancer because of its effect on T-cells.

However, this study showed that only natural killer cells can significantly reduce metastasis.

Other studies conform perfectly to this one.

And results similar to cyclophosphamide treatment can be induced by using antibodies to asialo GM1 (a cell membrane lipid somewhat specific to natural killer cells).

“In mice treated with anti-asialo, the number of tumor foci in the lungs was dramatically increased above that in control mice. The entire surface of the lungs was covered with metastases and precise enumeration was impossible.”

And some of them proved that vitamin C can enhance the activity of natural killer cells.

So, vitamin C would probably give the same beneficial results as the interferon-inducers used in the study above, had it been tested.

Well, it’s actually a weak inhibitor compared to vitamin C stearate and vitamin C palmitate… But since the latter is freely available online I thought I’d mention this effect.

Also, hyaluronidase is so important in tumor metastasis that it would be a crime not to tell people how to inhibit it.

Besides inhibiting hyaluronidase, this form also shifts the vitamin C distribution towards the lipophilic tissues such as the brain and adipose cells.

“Previously, we identified ascorbic acid palmitate as an up to 1,500 times more potent inhibitor of bacterial and bovine hyaluronidases than the parent compound, vitamin C …”

So to get vitamin C diffused everywhere in the body, it’s a good idea to take both forms: vitamin C itself AND either vitamin C stearate or vitamin C palmitate.

Hyaluronic acid composes a significant percentage of the extracellular matrix.

So when hyaluronidase is excreted by a cell it creates room for new growth.

This is why it’s correlated with invasiveness of Candida strains -- along with collagenase -- and the ability of prostate cancer to metastasize.

The ability of hyaluronidase to enhance virulence is so striking that it was known as a “spreading factor” years before its substrate (hyaluronic acid) was ever discovered.

So we should take the role of vitamin C in cancer prevention, cancer survival and treatment seriously.

Although potassium generally gets the credit for being the prime reason for the success of Gerson therapy, the high vitamin C intake probably also plays a role.

So, whether you have cancer or not, try to consume a lot of vitamin C both in your diet and has supplements.