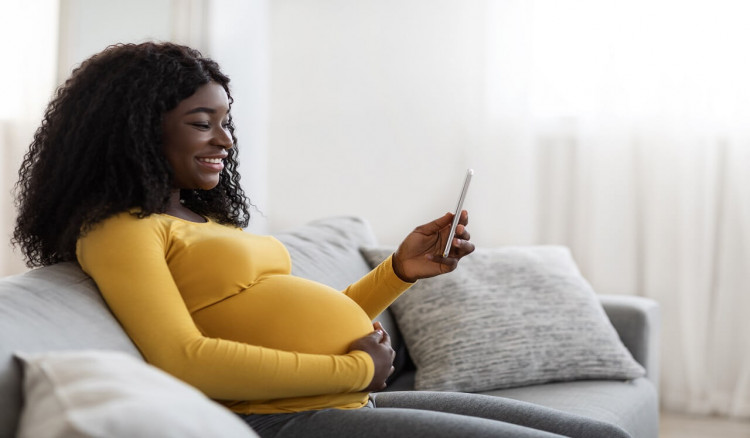 Many experts advice that a couple wait until each has become adjusted to the other before having their first child. That time may be a few months or a few years. It depends on the couple, and on the time it takes them to get their home settled and to prepare themselves financially and emotionally for the arrival of a child.

At the same time, it should be borne in mind that both men and women tend to become less fertile as they grow older, and that the risk to health, for both mother and child, is lowest when the mother is between 20 and 35 years old.

Similarly, the health risk for both mother and child is lowest if the period between the end of the one pregnancy and the beginning of the next is between two and five years. Such spacing also has commonsense advantage. A child usually reached a comparatively settled stage of development at about three years of age, so this is a good time to add a younger brother or sister.

How many children should a woman have? As many as she and her husband want and feel they can afford—financially, physically and emotionally. In the matter of family size, their wishes and their doctor’s advice are the important considerations.

Notice the word, ‘want.’ It reflects the central thought in this post. All children should be wanted. The medical evidence indicates that unwanted children face greater health risks than those whose parents want to have.

Your doctor can help you plan for your future family, as can the professionals at a local family-planning clinic.

Conception can be controlled by mechanical or chemical means and by the rhythm method, and it can be prevented by surgical procedures performed either on the woman or man. Although some birth control methods can be used without any medical supervision, the most effective of the ones used by women require a medical examination.

This is a thin, flexible sheath worn by the man over his penis in order to prevent the sperm from entering the woman’s vagina. Condoms can be purchased without a prescription and do not require a visit to the doctor. The government has set standards which assure that the products available in reputable pharmacies aren’t defective.

The condom should be put on after an erection but before the penis first enters the vagina. It is risky to wait until just before the male orgasm, because some sperm may leak out before ejaculation actually occurs.

The condom should be rolled on, leaving about a half inch of loose space at the tip of the penis to collect the ejaculated semen.

Both to facilitate entry into the vagina and to guard against possible breakage of the condom, it should be lubricated with vaginal jelly (petroleum jelly should never be used as lubricant because it causes deterioration of the rubber). Prelubricated condoms can also be purchased. Each condom should be used no more than once.

Used properly, the condom provides a good means of preventing conception. For additional safety, the woman should use a spermicidal jelly, cream or foam at the same time the man is using the condom. The condom is the best device to use during intercourse with a virgin partner who is not ready to employ the medically supervised methods available to women.

Various creams, foams and jellies are available without prescription for use by women during intercourse. Tablets and suppositories can also be purchased at the pharmacies, but they are less popular and less effective.

All these products work on the same principle i.e. they prevent conception both by blocking the entrance to the uterus and by immobilizing the sperm. They must be inserted into the vagina less than an hour before intercourse; if more time elapses, they become ineffective and must be applied again.

But none of them is as reliable as the medically supervised procedures for preventing pregnancy. Spermicidal preparations are most effective when used in conjunction with other methods of birth control such as condom

All the birth control devices listed below require a medical examination of the woman and all of them are far more effective than the nonprescription methods previously described.

There are several of these more effective devices available and the woman and her doctor can choose among them to find the one most appropriate for her to use:

This form of contraception was developed in the 1950s and officially released for public use in 1960 after extensive testing. Since then, it has become the most popular form of birth control among Western women.

A major part of the reason for its popularity is its effectiveness: short sterilization, the pill is the most reliable method known for controlling conception.

Moreover, the pill requires only swallowing, and its uses involves no interruption of lovemaking at any stage. Nevertheless, the pill has its drawbacks and dangers. It must be taken on a regular basis: careless usage can undo its effectiveness. It is not medically safe for all women and it may cause unpleasant or undesirable side effects in others. It has also been known to cause serious illness.

Although various types of pills are available, all of them contain chemicals similar to the natural female hormones that control ovulation, and they work by preventing ovulation from taking place, thus keeping the woman infertile for as long as she takes the pill. To remain effective therefore, it must be taken on a rigid schedule.

You should not take the pill if you have had a thrombosis (blood clots), stroke, liver disorder, cancer of the breast or reproductive system or certain kinds of cardiac difficulties. Also, if you suffer from high blood pressure or migraine headaches, don’t use the pill.

Women who take the pill must have a medical examination at least once a year to make sure no problems have arisen. This is vitally important.

Of all the methods of protection against unwanted pregnancies, the IUD is the least troublesome to use.

Once the device is put in place, it remains there for a year or more—depending on the type—or until contraception is no longer wanted. No further steps are necessary to prevent conception.

Several types of IUD are available but all are similar in the most important respect. They are small metal or plastic devices with nylon thread tails.  The device is place inside the uterus; the tail hangs down into the vaginal. The IUD, which prevents conception by making the lining of the uterus unreceptive to pregnancy, is second only to the pill in effectiveness and reliability.

Most doctors recommend that, for the first few months after the IUD has been inserted, a spermicidal jelly, cream or foam should also be used in mid-menstrual cycle.

Although the IUD was first developed in 1909, it has not been in use much longer than the pill. Some IUDs have been withdrawn from the market because they present a health hazard. Moreover, not all women can tolerate the IUD. Some experience uncomfortable side effects such as spotting, increased menstrual flow, and/or cramps. Others spontaneously expel the device while others experience uterine perforation. A few women have experienced serious complications following its use.

The IUD is inserted b a trained professional, whose examination has determined that the woman is a likely candidate to use the device successfully and what type of IUD is best for her to use. She will also be instructed in ways of making sure she is tolerating it well and that it is remaining in place. A woman using an IUD should have yearly examination to be sure no problems have arisen

Until the advent of the pill and the IUD, the diaphragm was considered the most reliable method of birth control available to women.

It is a simple mechanical device that blocks the sperm from entering the uterus and thus prevents fertilization of the egg.

The diaphragm itself is a shallow cup of soft rubber stretched over and around a flexible ring which is inserted into the vagina to cover the cervix—the entrance to the uterus. Because women’s internal measurements differ, the diaphragm must be fitted by a medically qualified person who can determine, on examination, the type and size required and who can instruct the woman on the correct method of inserting and removing it.

The diaphragm should be used in conjunction with a spermicidal cream or jelly applied both on the rim and on the diaphragm itself. It should be inserted no more than six hours before intercourse and should be kept in place for at least six hours thereafter.

After a year, or after the birth of a baby, it is advisable for the woman to have another examination to be sure the diaphragm still fits properly. If it has been carefully fettle, if directions are followed exactly, and if it is regularly inspected for holes and tears, the diaphragm should prove quite reliable in preventing conception and should cause no discomfort to either partner

Couples with religious scruples against other methods of birth control may wish to make use of the so-called rhythm method, which is based on abstinence from sexual intercourse during that period of the woman’s menstrual cycle when she is fertile and therefore likely to conceive.

The disadvantage of the rhythm method lies in the difficulty of calculating the woman’s ‘safe’ period. Very few women have absolutely regular menstrual cycle; the greater the irregularity, the greater the likelihood that the rhythm method will not work. Therefore, although a visit to the doctor is not absolutely necessary to make use of this method, getting medical advice is prudent.

To discover her safe period, the woman must first keep track of the length of her menstrual cycle for at least eight months, in order to discover the longest and the shortest interval she can expect between her periods. Because ovulation generally occurs approximately two weeks before the menstrual period begins, this will help her determine the time range—usually about 10 days—when she is probably fertile and pregnancy is therefore likely to occur.

As a further check, the woman should also take her temperature every morning immediately after awakening, because body temperature usually drops several tenths of a degree just before ovulation and rises even more sharply about 24 hours thereafter.

Some women have still other clues to rely on. At the time of ovulation, they experience a peculiar, sudden cramp followed by a heavy feeling in the lower abdomen that may last several hours. They may also notice an unusual amount of mucous secretion at this time.

Illness or emotional upset may hasten or delay ovulation even in women whose periods occur with great regularity. If this should happen, the calculations will be in error. Because of this possibility, the rhythm method cannot be considered as reliable a means of preventing pregnancy as the other medically supervised methods.

In coitus interrupts, the man withdraws his penis from the woman’s vagina just before the semen is ejaculated. This method is unsatisfactory for several reasons. It places a heavy responsibility on the man at a time when he is highly excited and finds it difficult to control his actions. And even if withdrawal seems successfully practices, it is not an adequate safeguard against conception; sperm may leak out before the actual ejaculation takes place. Moreover, the fear that the man will not withdraw soon enough puts both partners under tension and may interfere with the enjoyment of the sex act.

If for any reasons the woman does want to use a douche, plain warm water, possibly with the addition of a little salt or vinegar, is the best thing. Neither commercial douches nor those nonprescription ‘feminine hygiene’ products which hint at contraceptive properties are any more effective.