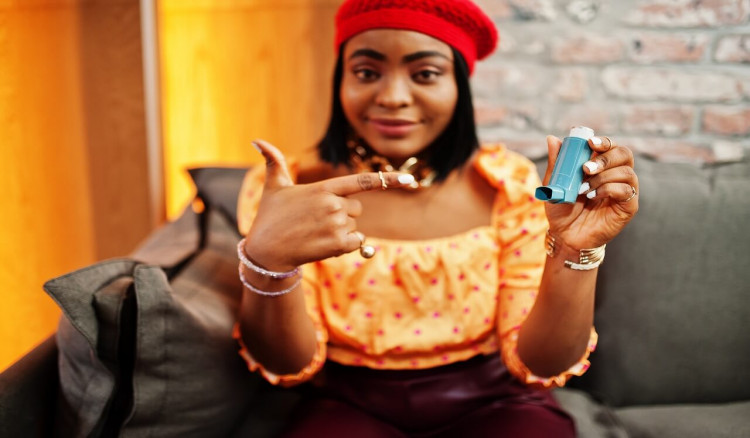 Asthma, technically called bronchial asthma is a disease of the bronchial tubes that lead from the windpipe, or trachea, into the lungs. These tubes normally do not furnish any marked resistance to the entrance or exit of air, but in asthmatic attacks they tend to close down, causing asthmatic wheezing.

If the attack is severe, the suffering seems almost to be suffocating. The patient uses all their strength just trying to breathe. They become pale and often perspire.

The spasm of the bronchial tubes can usually be relieved quickly by an injection of adrenaline. Fortunately, most attacks are mild and do not last long. Many of them can be prevented or stopped by medical treatment.

Bronchial asthma is a chronic illness marked by these attacks. In severe cases the bronchial tubes become swollen and offer greater resistance to treatment. Plugs of clinging mucus may form in the tubes and cause chronic irritation and coughing. They are dislodged and brought up as sputum.

If the attacks are frequent, prolonged and severe, the lung tissue is damaged. This puts a strain on the heart.

The average case of asthma is mild and is more of a recurrent nuisance than a real threat to health. But it is always important to get competent medical advice, especially in the cases of young people, before asthma can damage the heart or lungs.

One type of bronchial asthma is definitely allergic. During ragweed season a victim may suffer from asthma alone or from hay fever and asthma simultaneously. Other allergies include the dander from animal fur and feathers, face powder and certain foods.

Many cases of bronchial asthma are associated with bacterial infections, especially of the sinuses, throat and nose. Sometimes these improve markedly when the infection clears up.

Some cases of bronchial asthma appear to be caused by nervous tension. A victim’s condition often improves tremendously when their emotional problems are solved. In some cases, treatment requires the help of a psychiatrist.

Even asthma that has a physical cause is apt to become worse if the patient is emotionally disturbed or tense. For this reason, asthma is usually included among the psychosomatic diseases.

It is easy to confuse asthma with breathing difficulty caused by some other disorder, such as emphysema or heart disease. Only a doctor is capable of making the diagnosis.

Treatment of asthma consists in bringing any infection under control, usually with antibiotics. If an allergic factor seems likely, the individual should be given a series of tests to determine what allergens are involved. Then a course of injections may be prescribed to reduce sensitivity.

To bring an asthmatic attack under control, such drugs as epinephrine, isoproterenol or aminophylline may be used. During a sever attack the doctor may give the drug by injection.

Some persons who live in damp areas have obtained effective relief by moving to a warm, dry climate such as that of Norther Nigeria. But such a drastic measure ought not to be undertaken without a long trial visit to the region.

Children with ‘intractable’ or severe asthma of psychological origin have been helped by being removed from their homes and placed in a special institution for asthmatics. Such a step, however, should not be taken without full medical advice. In many children, the condition improves as they get older.

The history of bronchial asthma by U Glūck