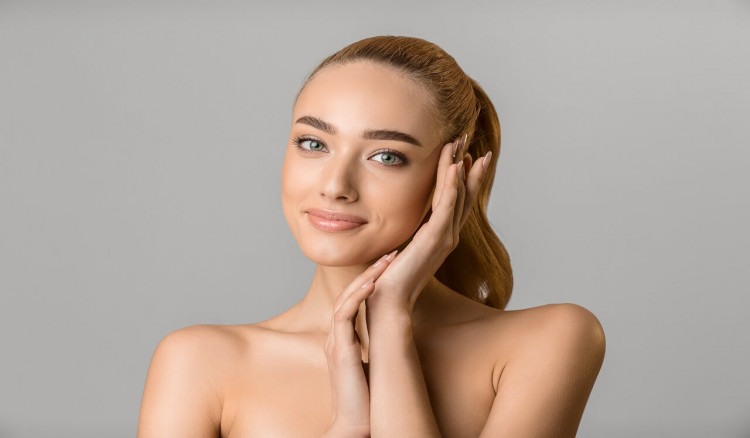 As boys and girls approach maturity, their glandular activity increases, including that of the sebaceous glands of the skin. The increase in sebum production, combined with obstruction of the pores by dead cells which for some reason are not being cast off, sets the stage for acne. In general, boys suffer more than girls from acne, but girls have it too, especially at the time of menstruation.

Although acne is not primarily caused by unclean skin or poor diet, some skin doctors (dermatologists) feel that cleanliness is essential for improvement of the condition, and recommend frequent, vigorous washing with regular soap and water to keep oils and bacteria on the surface of the skin to a minimum.

Many teenagers have found that cutting down on such foods as sweets, nuts, chocolate, and fried foods has a good effect. Also, in the opinion of some doctors, foods that contain iodides, such as iodized salt, saltwater, fish, spinach, and artichokes, may worsen the condition.

In serious cases of acne, preparations that cause inflammation and peeling of the skin have been used with good results. Those known to be somewhat helpful include benzoyl peroxide, sulfur, resorcinol, and salicylic acid. Sometimes an abrasive soap helps, but only if you do not have sensitive skin. Any preparation you use, however, should be approved by your doctor.

Blackheads are not specks of dirt, but are caused when the fatty material in a clogged pore comes into contact with the air. Squeezing them is a temptation to be avoided; it can lead to enlarged pores that may persist long after maturity has driven acne away. To remove them, use a blackhead extractor after softening the clogged pores with warm-water compresses.

Good care by a family doctor or dermatologist will help avoid the permanent scarring or pocking that are the real cosmetic dangers of acne. If serious acne occurs in an adult, it may be the symptom of a larger hormonal disorder and should receive prompt medical attention.

Acne is an inflammation of the sebaceous (oil) glands just beneath the surface of the skin, causing pimples, blackhead, whiteheads, and, in extreme cases, cyst and scarred skin. Acne is a disorder that usually sets in at puberty. Cases may be brief and mild or chronic and severe, but, in one form or another, acne affects as many as 80% of all teenagers. Areas most frequently affected are the face, shoulders, chest and back.

When adolescence begins, glandular activity increases. The sebaceous glands secrete a greater amount of the oil, called sebum, that lubricates the skin. The excessive oil clogs the pores, causing them to dilate. This increases the likelihood of further infection.

A mild case of acne will consist of no more than a few pimples and blackheads. If the sebum seeps under the surface of the skin instead of coming out to the surface, the surrounding tissue is irritated, and a cyst is formed. At this stage, your doctor should be consulted. He may recommend treatment by a skin specialist (Dermatologist), to prevent a more serious bacterial infection.

In severe acne, the skin of the upper torso and the face may be seriously damaged that permanent scars will result. Prompt medical attention to early symptoms is, therefore, extremely important.

What Not to Do

Young people with a tendency to skin eruptions should avoid chocolate, nuts (include peanut butter), fatty and fried foods, especially sea foods, spicy foods, cola and other sugar-rich drinks and too much whole milk (skim milk is preferable).

Sugary foods should also be kept to a minimum; cakes, pastry, pie and alcoholic drinks should be eliminated. Because many persons who have acne are growing youngsters, it is preferable to have them obtain complete diet instructions from their doctor.

Hands should be kept away from the face; squeezing pimples, blackheads, or whiteheads with the fingers must be avoided, and a special effort must be made to stop any unconscious picking at scabs. Washing the skin too vigorously or with a washcloth that it is not absolutely clean can inflame a sensitive area.

Mild cases of acne are usually brief and are likely to disappear if proper care is exercised with regard to diet and cleanliness. More severe cases should be treated by a doctor. When the skin has been scarred by acne, there are medical and surgical techniques that can help repair the damage. Try not to let the acne reach the degree of severity.

Severe cases of acne can be emotionally upsetting to teenagers who are acutely sensitive about their appearance. Moreover, since emotional upsets can aggravate the condition, it is sometimes advisable for youngsters to have few sessions of psychotherapy to deal with such emotional problems. This possibility should be discussed with the doctor.

This is swelling and redness of the nose; it is sometimes unjustly called whiskey nose. Mild cases may be successfully treated by applications of cold water, ice, or a mild Astringent such as witch hazel. Advanced cases are corrected by plastic surgery

Clindamycin/Benzoyl Peroxide Gel (BenzaClin): A Review of its Use in The Management of Acne by Kate McKeage and Gillian M Keating