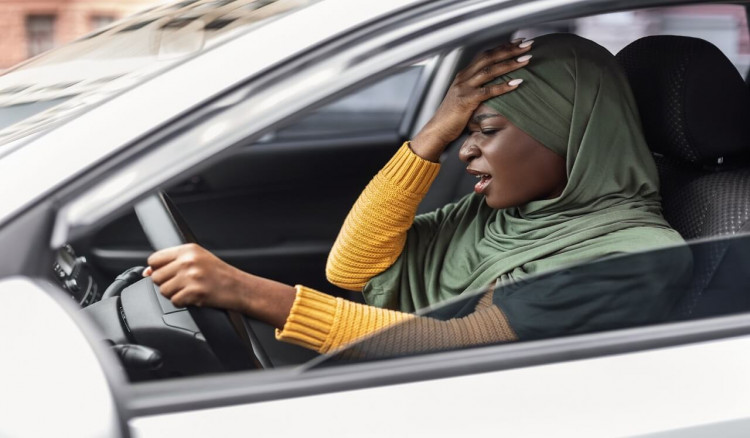 The psychoses are the hard-core mental illnesses, and hospitalization of the victim is frequently necessary. Some of these illnesses are entirely organic in origin, but most of the more common (or functional) psychoses are associated with psychological factors as well as a chemical and genetic predisposition. These so-called functional psychoses are described below:

This is the most widespread of all the psychoses, and the people who suffer from it all seem to fall into a recognizable psychological pattern. As children they are generally shy, dreamy and bored. When they complete schooling and go to work, they usually do badly on their jobs.

Their illness is a statement of their inability to cope with the world: they simply withdraw from reality. Schizophrenics may hallucinate: they see and hear things that are not there. They may remain for hours in the same positions; they may make bizarre gestures or movements.

Schizophrenia usually has its onset fairly early in life and in some particularly unfortunate cases afflicts young children, who are describes as autistic, and for whom special education and treatment are necessary.

The victims of paranoid psychosis build their lives around delusions of persecution and sets of false beliefs, from which reason cannot dissuade them. Paranoids simply twist the facts of reality to suit their emotional needs.

They become enraged and filled with hatred at any sign of disagreements. The response patterns paranoids erect are their defense against overwhelming childhood feelings of anger and helplessness. For these reasons the paranoid’s delusions are extremely difficult to shake.

Everyone experiences mood swings, but in manic-depressive psychosis, the mood swing is bizarre. During the ‘high’ or manic state, the patient is constantly on the go—making grandiose plans, or talking constantly, or hallucinating. During the depressive phase, he broods, is filled with self-contempt and may seriously contemplate suicide.

This is a severe depression that is associated with the middle years of life. It undoubtedly has physical as well as psychological causes. In women, for example, it usually coincides with the menopause.

The grief and sorrow we all feel in the face of unhappy events is grotesquely exaggerated in psychotic depression. It is far more profound than neurotic depression, and its onset is always tied to some specific unpleasant event.

Patients who are depressed often threaten suicide. These threats should be taken seriously. Anyone who speaks of taking his own life may well do so. He is in need of immediate help, and the threat is often a disguised way of asking for it. A person who suddenly begins giving away all his possessions may also be a potential suicide.

Sever damage to the brain through drugs, fever, hardening of the arteries and similar causes can bring about extensive changes in the personality. A competent person can be reduced to complete incompetence, unable to comprehend or deal with reality. The atrophy and degeneration of parts of the brain that afflict some old people can result in senile dementia.

Similarly, alcoholic psychosis is brought about by the damage that excessive and continual use of alcohol does to the brain.

Emotional and mental problems can be treated through any one of three general kinds of techniques, or by any combination of them. In psychological therapy, the patient is helped by talking out his feelings with a qualified professional. Organic therapy involves the use of drugs and/or electroshock therapy. Milieu therapy requires the patient to live in—or associate himself with—a special group assembled to give understanding and support to persons with severe emotional problems.

Psychological therapy is the most common method of treating mental illness and it can occur in the following forms:

This general term includes several different forms of therapy, all of which are based on the assumption that, through talk, the patient can develop ways of behaving that will enable him to live his life more comfortably and successfully. The family doctor frequently practices this form of therapy—whether or she or her patient is aware of it. Every time your doctor listens to your personal problems or gives you advice, she is practicing a type of psychotherapy. But in more serious cases, the services of a psychiatrist or psychologist are called for.

This method of treatment was devised by Sigmund Freud, the great Austrian physician who formulated many of the basic ideas of modern psychology and psychiatry. The psychoanalytic patient usually sees his doctor five times a week and verbalizes everything that comes to his mind. The talk enables him, with the guidance of the analyst, to understand the childhood roots of his unsatisfactory behavior, so that he can make the necessary effort to change it.

Psychoanalysis is a long and expensive process and is less frequently practiced today than it was a generation ago. However, it is most effective in treating the neuroses

This technique, widely used today, evolved from psychoanalysis. It generally requires fewer sessions per week with the psychiatrist, and treatment takes a shorter time to complete. The patient focuses his discussions on his current relationships and goals as well as on her childhood experiences. The helps she derives from the experience comes from the ventilation of her feelings and from the support of her therapist gives her.

This combination enables her to look at her unsatisfactory behavior objectively and to begin to change it. Psychoanalytic psychotherapy can be used in the treatment of a wide range of disorders: neurosis, psychosomatic diseases, personality disorders, and some psychoses.

Sexual deviants and people with phobias can often be helped by behavioral therapy. In this technique, the patient is conditioned, through carefully designed series of exercises, to change his behavior in relation to the objects, persons or situations that previously aroused an undesirable response in him.

For example, the individual with great fear of flying is repeatedly taken to an airport to watch numerous planes routinely taking off and landing with no more ado than buses leaving and arriving at a bus terminal. He or she is given an explanation of how a plane flies and why it is a far safer means of transportation than the car or train, for example.

Many of the difficulties experienced by people with mental or emotional problems are associated with their dealings with others. In group therapy, two or more patients work with the therapist to change their behavior by examining the interactions that occur among the members of the group.

There are a number of different types of therapy groups, based on various psychological approaches. In addition to groups employing psychoanalytic principles, there are those based on the principles of behavior psychology and other techniques. All of them can be helpful for people with neurotic or psychosomatic problems, or with personality disorders, and for some with psychoses.

Group therapy may be the only treatment the patient receives, or it may be combined with individual therapy.

However, anyone with a mental or emotional problem should consult a psychiatrist or psychologist before enrolling in group therapy not under professional supervision.

Learn about various mental health disorders and how these disorders can affect the lives of the patient with this course.

This free online psychiatric disorders and treatment course will teach you about some mental health disorders with cognitive disturbances, as well as an introduction to schizophrenic disorders and obsessive compulsive disorders. You will also learn about an introduction to the mental health of adolescents and their brain development, and also, how learning disabilities can affect the learning process of children, and personality disorders. Learn more and register for this course here.