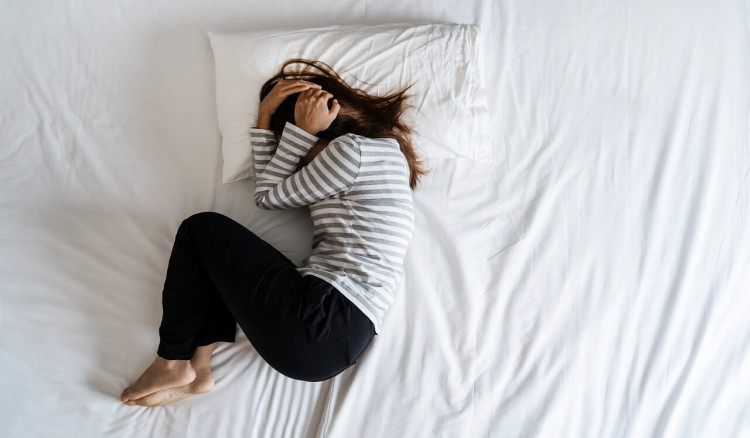 Neurosis: Definition and Types of Neurosis

Everyone experiences conflict—the inability to make up their mind—at some time or another, and everyone finds that the experience produces anxiety. But the psychologically healthy person is able to tolerate the anxiety and to resolve the conflict by making a decision and acting on it.

The neurotic cannot do these things. He cannot make up his mind, he cannot act, and he cannot tolerate the anxiety his feelings of conflict produce. His neurosis is his way of holding his conflict and his anxiety in check and of defending himself against awareness of them.

The conflicts from which neurotics suffer usually arise in childhood. If parents give their child the impression that her feelings are ‘bad’ or ‘naughty’—if for example, they do not permit her to express anger or love—the child will tend to view these perfectly normal feelings as dangerous.

She will simply repress them, pushing them so far out of her consciousness that she does not need to feel the conflict between wanting to do something and fearing to do it. Instead, she will develop a neurosis, a set of symptoms she cannot control and does not understand and that impede her ability to function in one or more important areas of her life.

Not only are her symptoms painful to her, they are also frightening—so frightening that she may even believe she is losing her mind. But neurosis is a far cry from psychosis. The neurotic is in good touch with reality, the psychotic is not.

The major types of neurosis and their characteristics are as follows:

This form of neurosis often shows itself in one or more of the physical symptoms—sweating, dizziness, diarrhea, difficulty in breathing, pain near the heart—that are associated with the flight or fight reaction (the series of physiological changes that take place when the body prepares itself to deal with danger).

Sometimes there are no physical symptoms, but simply feelings of foreboding or apprehension or even panic—the sense that danger is near. But the danger is not in the outside world. It is within the sufferer, hidden even from him.

Conversion hysteria can also express itself in thrashing, or convulsive seizures, or in severe pain for which no organic cause can be found. But conversion hysteria is not malingering. The victim’s affliction or pain are very real to her

In this neurosis, parts of the memory or of the personality are split off from consciousness, so that the victim become totally unware of them. He may suffer from amnesia or may enter trancelike states. Multiple personality, that rare occurrence in which two or more distinct personalities inhabit the same body, most of them unaware of the existence of the others, is also an example of hysterical dissociation

This neurosis is similar to hysterical dissociation but different in that depersonalization involves a generalized sense of unreality, both about the world and about one’s self. Someone in a depersonalized state feels that the world is not what it seems, but something strange and frightening. He also begins to doubt his own identity—his connection with his own body.

These sensations are quite terrifying, and individuals who experience episodes of depersonalization are frequently convinced that they are going insane.

The individual with a phobic neurosis defends herself against her anxiety by attaching it to some object or situation in the outside world—often a perfectly harmless one. The phobic person may be terrified of insects, of heights, of open or enclosed spaces; any number of things or situations can set off a severe anxiety attack.

If the phobia is attached to objects or circumstances that the individual encounters frequently, her neurosis can keep her in almost chronic anxiety. Therefore, she takes extraordinary steps to avoid the encounters and thereby avoid the anxiety.

To be obsessive is to go over and over a thought fruitlessly and even against one’s will. To be compulsive is to be dominated by the desire to do something, despite the knowledge that the action is meaningless or foolish. The person with these symptoms is defending himself against his real feelings by so crowding his mind and life with obsessions and compulsions that his true responses simply cannot emerge.

Many aspects of his life become ritualized: he must put on his clothes in a certain fashion; he must wash his hands 20 or 30 times a day; he may insist on seeing a certain television show every day although the show now bores him. Often, the obsessive-compulsive neurosis dislikes his own behavior but he cannot control it.

A severe loss always causes mourning and unhappiness. This so-called reactive depression is normal, and everyone suffers from it at various times and to varying degrees. But the normal person works through her grief and is able to resume her usual activities after a period of time.

The person with a depressive neurosis remains constantly miserable. She may in fact, be in that condition whether or not she has suffered any loss. Generally, such a person has a poor self-image, low self-esteem, and extremely high standards for herself.

Such a combination easily leads to depression: the victim finds it impossible either to set realistic goals or to meet the unrealistic ones the depressive establishes for herself.

People who constantly feel weak and fatigued for no physical reason may be suffering from neurasthenic neurosis. This psychological disorder is especially common among middle-aged women who previously gave themselves over almost entirely to the care of their families, and now, with their children grown, find themselves without occupation or purpose. If their self-esteem was low to begin with, as is the case with neurasthenics, this sense of uselessness can be devastating.

This neurosis is an obsessive concern with one’s body and health, and a constant fear that one is ill. Like neurasthenia, hypochondria is usually found among the middle-aged, both men and women, and it, too, is almost always associated with low self-esteem

Hypochondria: The Worried Well by Jeannette Wick and Guido Zanni