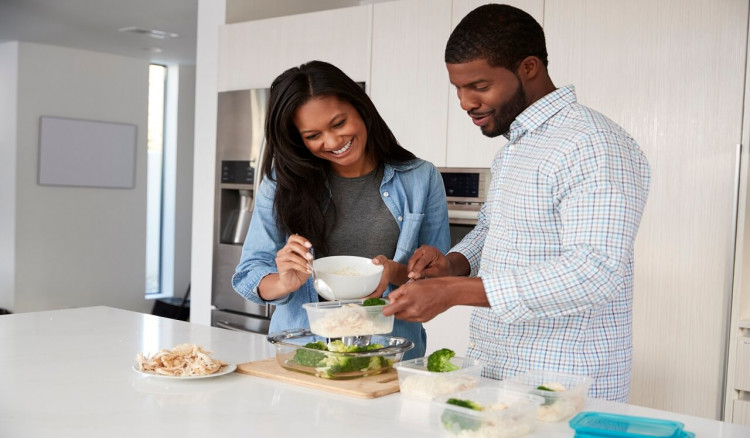 A stroke is defined as a lack of blood flow to the brain often caused by a thrombus or blood clot.

Common explanations for stroke can be read online, but they’re usually just a litany of risk factors -- none of which are true causes.

The inclusion of so many risk factors makes for a false sense of complexity. It also gives the impression that efforts at prevention are impractical and futile. For example, according to Wikipedia, the main risk factor for stroke is high blood pressure. Other risk factors include tobacco smoking, obesity, high blood cholesterol, diabetes mellitus, a previous TIA, and atrial fibrillation.

This mythology is probably intended to protect the incomes of cardiologists and pharmacologists as it obscures the true causes while making chemicals and surgery seem to be the only option.

Yet epidemiological, clinical, and postmortem studies since the 1970s show that stroke and hypertension (high blood pressure) is surprisingly simple to prevent

All a person truly needs to do, really, is avoid omega-6 fatty acids and make sure to consume enough vitamin C This is because linoleic acid, an omega-6 fatty acid, turns into a molecule within the body that strongly induces platelet aggregation.

This molecule is called thromboxane A2 (TXA2), and it’s so notorious for inducing thrombi that it was named for it.

TXA2 is technically a prostaglandin and, as such, it is synthesized by cyclooxygenase enzymes.

The inhibition of TXA2 is why aspirin, even in low doses, powerfully inhibits thrombi and stroke.  All cyclooxygenase inhibitors will inhibit the formation of TXA2 -- and even natural salicin from willow bark (the ancient version of aspirin) will do it.

And yet, the less linoleic acid a person eats, the less salicylates they’ll need.

Salicylates will inhibit prostaglandins, which is great.

But they do nothing to lower leukotrienes.

Prostaglandins and leukotrienes, both part of the eicosanoidfamily of molecules, are associated with inflammation.

Since the 1970s, there have been clear evidence that avoiding omega-6 fatty acids will make a person stroke-proof and that strokes have little to do with things like cholesterol, smoking, obesity, or high blood pressure

One reason we know this is because the Greenland Inuit eat a lot of cholesterol, protein and fat.

And though they tend to obesity, they have no cardiovascular disease to speak of:

Bang and Dyerberg spent over a decade studying cardiovascular disease and lipids in the Greenland Inuit population and published over a dozen articles on the subject.

As a result, we know more about the lipid composition of Inuit blood than any other native population.

The Inuit made for such an interesting population to study because, despite their all-meat diet, they experience practically no ischemic cardiovascular events.

“During the 5- year period of 1963-67 only three cases of atherosclerotic heart disease were registered, and not a single case of diabetes mellitus.”

And this obviously has nothing to do with cholesterol…

They consume more cholesterol than their Danish neighbors and have similar blood cholesterol levels.

So cholesterol is just a red herring, a harmless bystander often found in pathological arterial segments that had nothing to do with causing them.

Despite consuming over one pound per person per day of sea animals, the blood cholesterol levels of Inuit is no higher than that of Danes.

The more cholesterol we consume in our diet, the less of it our body makes.

Their serum cholesterol is actually a bit less.

And that is simply a physical property of cholesterol being slightly more soluble in saturated fatty acids than in omega-3 oils.

Yet saturated fatty acids won’t cause cardiovascular disease either.

The Tokelauan Islanders (off New Zealand) consume 60% of their energy as coconuts and they don’t have any cardiovascular disease either.

There are actually very few omega-6 fatty acids produced at the equator, and even less can be found in seafood.

Omega-6 fatty acids are a product of yeast, fungi, helminths, and seeds from temperate regions -- including the animals that eat those seeds.

We humans don’t make omega-6 lipids in our bodies -- nor do we need them.

So what is the difference?

Why don’t the Inuit get cardiovascular disease despite eating an all-meat, high-fat, high-cholesterol and all-omega-3 diet?

Why don’t the Tokelauans get cardiovascular disease on their diet that is extremely high in saturated fatty acids? The highest in the world, actually.

The reason is surprisingly simple: Neither population consumes any significant amount of omega-6 fatty acids.

TXA2 can only be made through arachidonic acid, an elongation product of linoleic acid -- the ubiquitous omega-6 seed oil.

Both populations also consume adequate amounts of ascorbic acid (vitamin C), a vitamin that is necessary to maintain the integrity of arterial walls.

The main protein that blood vessels consist of is collagen -- and vitamin C has been shown at 100 micrometers to induce procollagen synthesis fourfold.

Without vitamin C, the blood vessels cannot contain the pressure. And plaques will form as a defensive measure which then leads to hypertension (high blood pressure).

We also need vitamin C to physically cross-link collagen after it’s laid down.

There are really three main forms of “cardiovascular disease” when it’s defined so broadly.

But all of them share only two fundamental causes: omega-6 fatty acids and lack of vitamin C.

“In ethnographic descriptions of Eskimos, an enhanced bleeding tendency has often been noted as a peculiarity of unknown cause, as scurvy nearly always could be ruled out.”

The Inuit and the Tokelauans still make thromboxanes in their bodies, despite having mere traces of omega-6 fatty acids in their diets

The ones they do produce are of the slightly different omega-3 type.

And, under the action of cyclooxygenase, that forms a prostaglandin with essentially no platelet-aggregating ability.

This is called thromboxane A3 (TXA3).

TXA3 is what you’d expect, instead of TXA2, after avoiding omega-6 fatty acids for a while.

And the difference between the two lipid classes in this regard has been scientifically demonstrated by platelet aggregometry tests.

It works because clumped platelets precipitate thereby allowing more light to pass through the solution.

But eicosapentaenoic acid did nothing, despite the higher concentrations that were used.

Even when stimulated by ADP -- a powerful aggregating agent -- the platelets co-cultured with eicosapentaenoic acid didn’t aggregate nearly as thoroughly as those with arachidonic acid.

Since the Inuit have nothing to inhibit besides an aggregation inhibitor, aspirin actually slightly decreases bleeding time in that population.

Seriously, it really does.

Some people advocate taking omega-3 oils to combat the omega-6 fatty acids we normally consume but we disagree.

Why taking omega-3 oils can be dangerous

Eating Omega-3 oils or DHA (docosahexaenoic acid, which comes from cold-water ocean animals) -- or just polyunsaturated fatty acids in general -- can lead to an accelerated buildup of lipofuscin, the “age pigment.”

This material consists of proteins cross-linked by reactive fragments of lipid peroxidation and that is catalyzed by free iron.

We can see this as “age spots” on people’s skin — big dark spots that increase with age for those who have high iron and high PUFA (polyunsaturated fatty acids) consumption, especially fish oil.

Even if a person avoids dying of some terrible disease, they’ll likely die of lipofuscin.

Besides being a cosmetic issue, lipofuscin progressively accumulates in neurons until there’s little space left for metabolic activity.

In some centenarians, lipofuscin occupies 75% of the volume of neurons, the cell type that accumulates the most of it because they rarely divide.

Cancer and cardiovascular disease kill most people, yet lipofuscin will eventually get everybody.

This inclusion body is informally called the “age pigment” for good reason.

So that’s a good reason for avoiding all polyunsaturated fatty acids (PUFAs), besides the trace amounts found in nearly all foods of course.

Beef, dairy, vegetables, and fruit are safer foods to consume because they have the smallest amounts of unavoidable PUFAs.

Most animals, such as pigs and chickens, incorporate the lipids they consume directly into their bodies.

But cows saturate nearly all lipids in their digestive tract.

This is why beef and cheese contain essentially all saturated fatty acids, and grass-fed animals should have an even better omega-3/omega-6 ratio.

And macadamia nuts and coconut are practically the only two PUFA-free nuts.

Another natural product that inhibits aggregation is bromelain, an acid-stable protease found in pineapple. Bromelain survives digestion and is absorbed with full activity.

Bromelain has also been shown to inhibit platelet aggregation by proteolyzing adhesive proteins such as fibrin.