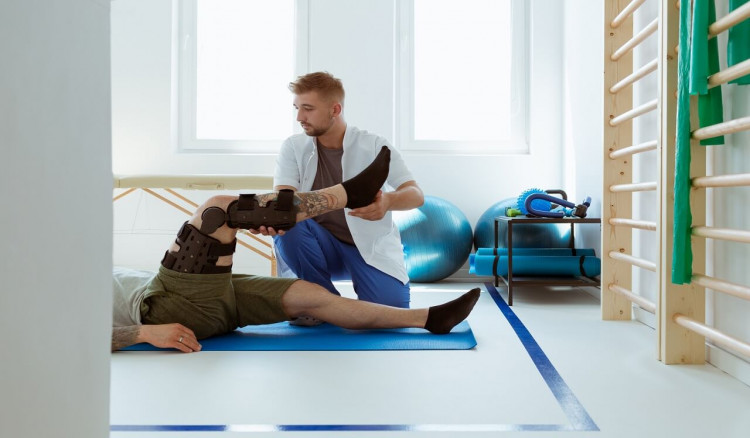 20 Mini Stroke Symptoms You Must Not Ignore

A mini stroke occurs when a certain part of the brain does not get enough blood flow. It is called a mini stroke because the severity is a lot less, and it is likely for the symptoms to resolve and the person to get back to normal within twenty-four hours. But the lesser severity surely does not mean that a mini stroke is a condition that should not be taken seriously and can be ignored.

Mini stroke does some damage to the brain. Therefore, it is best to be vigilant and keep an eye on one's health to ensure that the symptoms can be detected early, and the mini stroke can be prevented at all costs. This is important because a mini stroke is a preliminary step of a major stroke.

1.Dysphasia – Dysphasia is a speaking disorder that leads to difficulty in communicating and comprehending language. This disorder can also impact one’s ability to read and write.

2. Dysarthria – This disorder is mainly related to the ability of a person to form words and create sounds. People who suffer from dysarthria often stutter when they speak. This can further cause slurred speech. The person may be trying his best to communicate but still would be unable to do so.

4. Disorientation – The patient is disoriented and is confused. Being forgetful, not being able to think clearly, and having trouble processing things are some examples of disorientation.

5. Imbalance – People feel dizzy and as if they are about to fall. The imbalance can have affected the person's ability to maintain their posture or sit, walk, or stand.

6. Tingling – Some patients experience a ticklish and tingling sensation around their extremities. This can be short-term or may last longer.

7. Loss of Consciousness – Patients are not alert or in their right state of mind. They lose track of time or place and are often confused and frustrated.

8. Dizziness – The entire world seems as if it is spinning around in circles. Sometimes it reaches an extent where the person feels as if he is falling down an infinite spiral.

9. Passing Out – There have been incidents where people have also fainted and passed out. The person loses all his senses and falls to the ground, unconscious. He fails to take control of his body and feels as if he cannot move. In some cases, patients also become unresponsive.

10. Headache – Since a mini stroke occurs when the blood flow to the brain is interrupted; therefore, a headache is very common. The head feels as if someone is pounding a hammer over it and the severity of the headache is a lot more than that of a headache that one may get because of exertion or being overworked.

11. Loss of Taste -  At times, people also lose their sense of taste. They cannot taste anything, whether sweet or sour.

12. Loss of Smell – The olfactory recognition is also affected when the body is about to have a mini stroke. The person has trouble with the sense of smell.

13. Weakness – The patient may feel extremely tired and weak. No matter how well-rested they may be, the feeling of a general weakness will always take over their bodies.

14. Nausea – The person may feel as if their stomach is upset. They might have the urge to throw up but will be unable to do so. Nausea is the exact feeling that one experiences before vomiting.

15. Trouble Walking – Since the person is having balance issues, therefore, it makes it very hard for them to walk around.

16. Vertigo – Vertigo is a medical condition in which the person feels as if the entire room is spinning around. It is an extension of feeling dizzy, and this feeling can be extremely frustrating for the person.

17. Vomiting – In some cases, nausea can extend and reach the stage of vomiting. The digestive system seems to be not working at all, and the patients end up throwing everything they try to eat.

18. One-Sided Weakness – Some patients report general weakness, whereas there are others who feel it is only one side of their body. Their left or right limbs feel numb, and they have trouble using them.

19. Sensation Loss – At times, mini stroke patients also lose sensation. If someone touches their limbs, they are not alerted. This is because they have little to no feeling of any touch.

20. Sleepiness – Since there is a general feeling of fatigue and weakness, the person rarely has the energy to move and wants to be left sleeping. This is also a major sign of weakness and indicates that the body is trying to recover itself by taking rest.

The symptoms of a stroke and a mini stroke are quite similar. Therefore, as soon as someone starts noticing these signs, it is best to make a visit to the hospital and run some tests. If a mini stroke is caught at an earlier stage, its treatment becomes a lot easier, and the risk of brain damage can be reduced by a significant factor.