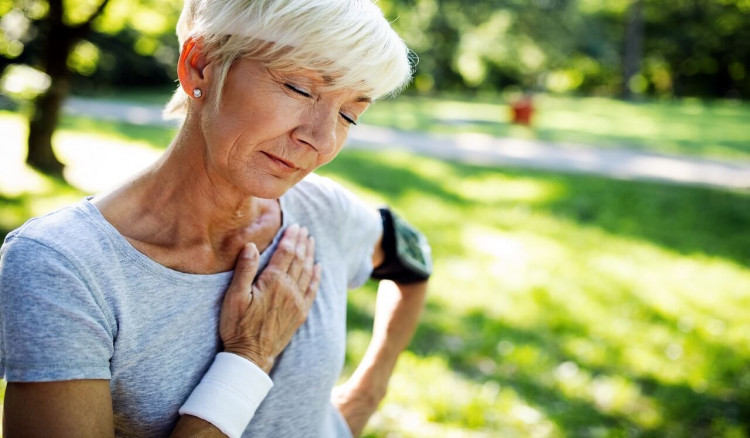 Common Signs of a Heart Attack in Women

Heart attacks is a commonly used term but most people don’t know it’s underlying causes. The most important cause is the formation of plaques in coronary arteries. This can result from many different factors, like smoking, stress and over-weight but there are a number of vague factors and symptoms when the discussion of heart attack is expanded to women. They are exposed to a critical likelihood of experiencing a cardiac arrest.

A heart attack is one of the prime causation of mortality in women, but this problem is often overlooked in women. They possess meager knowledge of symptoms and signs of an impending heart attack. Additionally, they don’t have an idea as to what to do in such a situation. This results in serious complications and issues. Risk factors, common signs and symptoms along with planning and reduction of elements that contribute to a myocardial infarction or commonly known as heart attack in women are described in this article.

There are a number of causes or risk factors that lead to a cardiac attack. The risk factors of a heart attack in women are age, – especially after menopause when the body is going through several complications – family history, pregnancy complications, diabetes, high cholesterol level, high blood pressure, excessive smoking and obesity.

The major signs of an impending heart attack in women include chest pain or discomfort. This pain or discomfort can feel like there's a pressure on your chest or like squeezing and the feeling of fullness. This discomfort is often recurring, as in it occurs for a while, then stops, and then it comes back. In most cases, the discomfort of the chest is accompanied by shortness of breath or sweating.

The Onset of Symptoms:

Many people expect a heart attack to come suddenly after the appearance of symptoms but studies have indicated otherwise. The symptoms of heart attack can carry on for several weeks prior the happening of a heart attack, as per reported by different women. A study of 515 women who experienced a heart attack in their lifetimes, reports that 80 per cent of the women had at least one symptom about three to four weeks before their heart attack.

Such pains in the upper body are an indication of a heart attack, but these symptoms are generalized with a lot of common diseases and are more misinterpreted by the women. This happens often due to a lack of awareness. With such a fatal disease this common in women, it is imperative that we educate women about them so they can interpret the symptoms and make a hurried decision to visit or consult a doctor. This minor step can help safe their lives from the probabilities of a cardiac arrest.

Other minor signs of a heart attack comprise of nausea or vomiting, indigestion, fatigue, dizziness or light headedness, abdominal discomfort, or breaking out in a cold sweat. These signs are also generalised and often put on one shelf with overworking or overstressing and are often dumped on stress. While these symptoms are common and are often cured with good rest, they are highly deadly when paired with risk factors and other indications of a heart attack in women. If these symptoms are recurring that it is generally advised not to ignore such a warning sign, especially when this may eventually lead to the occurrence of fatal heart failure.

Women often tend to show symptoms while resting or even when asleep. These symptoms are not only generally associated with heart attacks, but are also not that painful or seemingly life threatening. Emotional stress often plays the role of trigger in heart disease.

Along with proper reading of signs, there are a number of ways to decrease the elements that accelerate the chances of heart attack in the first place. These ways include steps to a healthy lifestyle that guarantees a healthy heart. Such steps include quitting smoking, exercising regularly, maintain a healthy weight and diet, limiting alcohol, and managing stress and tension. The most important step, however, is to control and manage other diseases that may eventually lead to a heart attack.

Studies have proven that females who are exposed to high risks of cardiac arrests, possess little knowledge about it. Thus, women are exposed to a greater risk of an impending heart attack and don’t possess the knowledge and means of identifying and self-diagnosing the common symptoms and signs of a heart attack. Such lack of awareness results in a higher death toll and an increased number of women with cardiovascular diseases. Thus, it is necessary to spread awareness and education of symptoms and signs of a heart attack in women.

In the likely cases that you experience the above-mentioned symptoms, especially chest discomfort, it is important to act fast. Time is of the essence. Immediately contact rescue services and explain your situation. And if you have mild symptoms and suspicion of an impending heart attack, consult a doctor and have various tests done. These diagnostic tests electrocardiogram, or most commonly known as EKG, coronary angiography and blood test. The doctor will make a decision based on your family pattern, test results and other factors and will inform you if you are at the danger of a cardiac attack. If your loved ones are faced with such similar conditions, you should help them in taking necessary actions and precautions and also advise them accordingly.