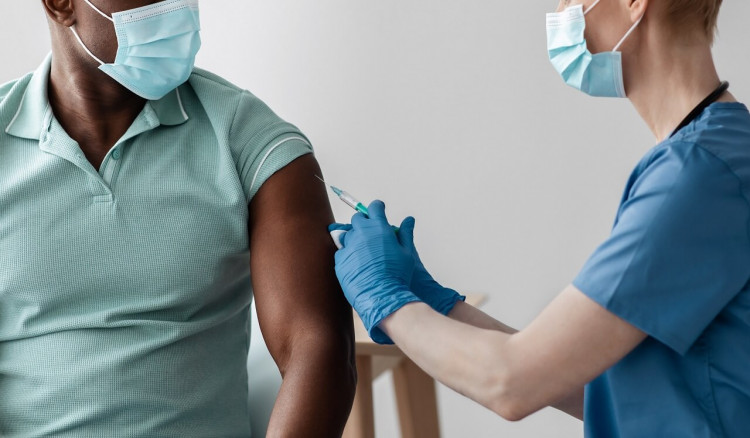 How The Body Fights Germs and Infections

A germ is a microorganism too small to be seen by the unaided eye; usually the term refers to an organism likely to cause disease.

Germs also perform useful functions—such as helping man to make bread, cheese, beer or wine. Without these beneficial microorganisms, nothing would decay in the soil which then would become fertile.

Germs are also known as microbes. Because of their tiny size, germs were not detected until the 17th century, and it was not until 1862 that the French chemist, Louis Pasteur, discovered their importance. He found that they play a vital role in the decomposition or fermentation of food, and that heat could kill germs—the pasteurization process for purifying milk. This led to the modern antiseptic method for preventing the spread of disease.

There are six types of germs or microorganism that cause communicable diseases: bacteria, protozoa, viruses, rickettsiae, parasitic worms and fungi.

Bacteria are single-celled microorganisms that lack a nuclear membrane. Most of them are more beneficial than harmful to human life.

Some bacteria draw nitrogen from the atmosphere and fix it in the soil for use by growing plants. Others decompose all living matter after it dies, returning its components to the earth in a natural recycling process.

But there are other kinds of bacteria that produce disease in living bodies.

All can be killed with heat. Chemical disinfectants such as alcohol, mercury compounds, phenol and carbolic acid can also kill these germs, but these chemicals are poisonous and must be used with caution.

Among the many bacteria-caused diseases are pneumonia, typhoid fever, tetanus (lockjaw), botulism, syphilis and diphtheria. Many such diseases—but not all—can now be controlled or stopped by sulfa drugs and antibiotics. However, two diseases—tetanus and botulism—have resisted both of these medical tools.

Protozoa are one-celled animals that may be 50 times larger than bacteria but still cannot be seen without a microscope.

One of the most common of these germs is the ameba type, some of which cause amoebic dysentery. The disease is spread by contamination of food or water with the elimination of a human carrier, either directly or by flies and other insects.

Another amebic type of protozoa causes inflammation of the mucous membranes in the mouth and is suspected of causing pyorrhea, a disease of the gums.

One class of protozoa causes sleeping sickness, a disease spread by the tsetse fly. Protozoa parasites produces malaria, which is transmitted from human to human by the anopheles mosquito.

Viruses are the smallest disease-producing organisms.

They are so tiny that they cannot be seen through an ordinary microscope but require an electron microscope to show their shape and structure.

Viruses are more primitive than other microorganism in that they lack certain elements in their structure that would allow them to grow by themselves. Instead a virus must invade a cell and change the cell’s chemical organization to suit the virus’ needs.

This altered cell can cause disease at once, but often the virus-dominated cell remains dormant until some circumstance lowers the resistance of the host body, permitting the cell to become active.

Drugs that are effective against other types of germs cannot overcome viruses. Instead, immunizing techniques that cause the body to produce antibodies are used against them. In some instances, a person who has recovered from a mild case of virus-caused disease will develop an immunity.

Viruses are extremely potent; very small numbers can start a disease. They cause a great many illnesses including poliomyelitis, yellow fever, influenza, infectious hepatitis, rabies, smallpox, chicken pox, measles and mumps. The common cold is also caused by viruses.

Rickettsiae are submicroscopic organisms that are smaller than bacteria but larger than viruses. They resemble true bacteria in structure but they also are like viruses in that they require a living cell in which to grow and reproduce.

Rickettsiae are carried from one person to another by means of a transmitting insect. The organisms are spread by the bites of feces of ticks, fleas, lice and by mites that inhabit the bodies of both animals and human. The rickettsiae enter the victim’s bloodstream through a break in the skin.

Some rickettsiae are peculiar to insects of a specific area and cause regional diseases such as Rocky Mountain spotted fever, which is spread by a tick. Others are responsible for such wide ranging diseases such as typhus.

Some of these parasites can be readily seen by the unaided eye, while others are so small they can only be identified with a microscope. The smallest are the size of a pinhead; the largest, a tapeworm, can grow up to a length of 26 feet.

Parasitic worms enter the human body by a variety of means. Some hookworm larvae penetrate the bare skin of a foot and work their way to the intestines, where they settle and suck blood.

Other worm larvae use intermediate hosts. Trichina roundworm larvae get into pig tissues and if the pig flesh is not thoroughly cooked, are transmitted to humans. They cause trichinosis, a disease in which the parasites eventually infect the victim’s muscles.

Many parasitic worms such as the flukes (one of two types of flatworms) are more prevalent in the tropics. The tapeworm (the second type of flatworm) is found in North America and is taken into the body by the eating of beef, pork, or fish containing this parasite.

Parasitic worms cause a wide variety of illness ranging from serious swelling or gastric discomfort to jaundice or anemia—and sometimes results in blindness or death.

Fungi are plants which lack chlorophyll (the green pigment in leafy plants) and feed on live and/or dead organic matter. They come in many sizes, ranging from huge mushrooms, or toadstools, to microscopic spores.

There are about 10,000 species of fungi but only an estimated 35 to 40 types of fungi spores can cause disease to man.

Most common fungi-related illnesses are those involving the skin. These include diseases known by such generic nicknames as athlete’s foot, jockstrap itch, ringworm and jungle rot. Other fungi germs can cause internal illnesses involving a variety of body organs and ranging from mild infections to deadly reactions.

How the Body Fights Germs and Infections

The body is not helpless against germs. It has filters, such as the tiny hairs of the nose, to keep them out, and secretions, such as tears to kill them or wash them away.

If germs do get into the blood, leukocytes (white blood cells) attack and devour them. When an infection develops, the number of these white blood cells increases rapidly. Fever raises the body’s temperature to inhibit or destroy germs.

The body has other resources as well. It manufactures substances that counteracts the germs and render their poisonous (toxins) harmless. These germ fighters are called antibodies and the poison-control substances are known as antitoxins.

After the body has overcome a given disease, these substances remain in the blood and prevent the germs of that disease from getting a foothold again. Doctors refer to this condition as acquired immunity.

People who are immune to a disease without ever having had it are said to have a natural immunity. Many immunities are partial or temporary.

How Medicine Helps in This Fight

Public-health measures together with vaccinations have all but eliminated some diseases such as smallpox and polio. But no layman should make any assumptions about whether or not such protection is needed. A doctor’s counsel and – when recommended—vaccinations are always best.

Immunization is a simple process. The doctor introduces a killed or weakened form of the germ or a related strain of a similar but harmless disease, into the blood. For example, if the Sabin polio immunization is employed, the doctor or a nurse simply gives the patient a series of doses of a vaccine containing the attenuated, or weakened, virus. The patient’s blood then creates antibodies to protect the individual from the assault of the disease germs. This same mechanism was used in producing some of the available coronavirus vaccine.

The introduction of material that has been modified or rendered harmless causes the body to create a resistance to certain germs; this is the principle on which al inoculation for immunization is based.

Immunity acquired this way is active because it is the individual’s body that makes the protective substances. Active immunity refers to the process of exposing the body to an antigen to generate an adaptive immune response: the response takes days/weeks to develop but may be long lasting—even lifelong. The polio immunization which has helped to nearly wipe out that disease, is an active immunity process.

Passive immunity results from an injection by the doctor of antibodies created in another person or animal. For instance, the immune globulin used in antirabies treatment is a passive immunity substance.

Chemical substances, such as the sulfa-based medicines, can be used to destroy germs which have invaded the body. Some chemicals such as chloroquine, which attacks malaria germs, can be used as a preventive before invasion takes place.

Antibiotics fight germs in different but effective ways. Penicillin destroys bacteria cell wall as these germs divide in order to multiply. Other antibiotics inhibit or prevent bacterial growth so that germs can be overcome by the body’s natural defenses.