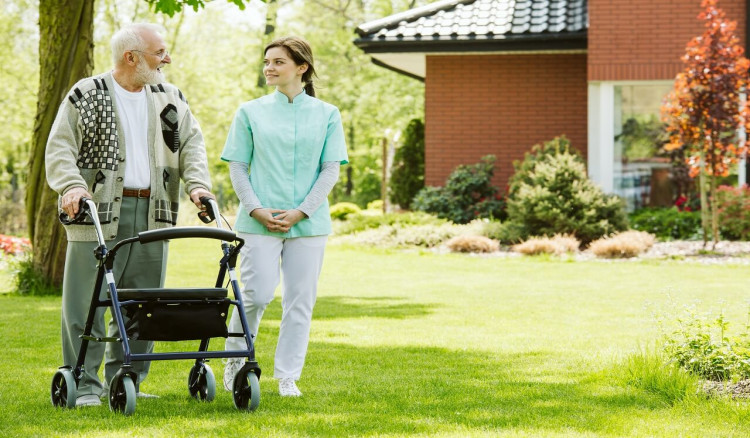 20 Warning Symptoms of Stroke to be Aware of

When listing a medical emergency that people are most fearful of, you will surely hear about a stroke. After all, a stroke is a serious medical issue. It causes an interruption in the blood flow to the brain if not treated in time. A stroke can lead to lifelong and serious brain damage.

They say prevention is better than cure. And this is especially true for a stroke. Although some types of strokes cannot be identified till it is too late, there are some symptoms that indicate that a stroke is next. If you identify the symptoms of stroke in time, you may even be successful in preventing it. Even if not preventable, the damage caused by a stroke can surely be reduced if you act fast.

Here are the twenty stroke symptoms that you should keep an eye on:

1.Weakness – Patients often report that their limbs and extremities. They feel as if their arms and legs are losing strength, and they have no control over them.

2. Loss of Balance – When the brain’s blood supply is affected, the body starts losing its ability to retain balance. The person may feel dizzy or as if he is about to fall.

3. Headache – People generally experience headaches when they are tired. But consistent and excruciatingly painful headaches are a sign of stroke. These headaches last very long, and no painkiller can ease their pain.

4. Slurred Speech – When the blood flow to the brain is interrupted, the person's speech also gets affected. The person has difficulty forming words and communicating. The person might be trying very hard to speak, but the ability to form words is so poor that they fail at communicating.

5. Poor Vision - Before a stroke, sometimes, people complain that they are experiencing blindness in one or both eyes. The blindness may be partial or complete. In some cases, people only report having difficulty seeing and blurred vision.

6. Fainting – Losing consciousness is another prominent indicator of a stroke. Sometimes people lose consciousness entirely and pass out; at times, they faint slightly and are able to take control of their senses within a couple of minutes.

7. Loss of Taste – Some people start losing their ability to taste the food before they have a stroke. The brain is affected; therefore, all senses are affected. The taste is also compromised, and the person has difficulty tasting food.

8. Nausea – One of the symptoms of stroke is feeling nauseous. People feel as if they are about to throw up. They have this weird feeling in their stomach and feel like they want to vomit.

9. Loss of Sensation – Patients sometimes feeling in their bodies. Even if someone touches their hands, arms, or feet, they have no sensation of it.

10. Dizziness – The stroke patients might be sitting still, and they might feel as if the world is revolving. They might feel dizzy, which will make it hard for them to function and move around.

11. Sleepiness – People start feeling very sleepy when their brain is affected, and they are about to have a stroke. The excessive urge to sleep is actually their body's way of trying to fix the damage. The weakness may also be a cause of sleepiness.

12. Walking Issues – Since the legs of the person already feel weak; therefore, it is natural for one to have trouble walking. People complain that their legs feel lifeless, and they cannot seem to walk without feeling tired or exhausted.

13. Confusion – Being confused and losing track of time and ability to comprehend the situation is one of the stroke symptoms that you should be concerned about. People lose track of everything and may get confused for no apparent reason.

14. Tingling Feeling – Before the patient loses the sense of his limbs, he can start experiencing a tingling feeling in the arms and legs. It may feel as if someone is slightly poking small needles into the skin.

15. Loss of Language Comprehension – Stroke not only affects one ability to speak himself, but it can also take away one's ability to comprehend language. Therefore, patients may complain that they are unable to understand what other people are saying to them. These people cannot read and understand either.

16. Loss of Smell – Just like other senses, the sense of smell is also affected when a person is on the verge of having a stroke. The person will have trouble smelling and identifying different aromas.

17. Vertigo – Vertigo is an extension of dizziness. It is more severe than dizziness. The person feels like the surroundings are spinning around him.

18. Vomiting – Other than nausea, at times, the person does find himself vomiting. No matter what they eat, they cannot keep it in and end up throwing it up.

19. Partial Weakness – Before the weakness takes over their entire body, some patients report that they feel weak in only certain parts of their bodies. This is known as a partial weakness.

20. Numbness – One of the signs of stroke is numbness in the body. The person feels that their entire body is fragile, and they have no control over it.

Sometimes a stroke is unavoidable. By the time the person realizes that they are not well, it is already too late. But in some cases, the stroke symptoms are obvious. If you act vigilantly, you will be able to notice that you are about to have a stroke. In this case, the treatment can be started ahead of time, and thus, the chances of one's recovery are increased by a significant factor.

Timing is extremely critical in a stroke. Therefore, always be vigilant about your health. Some people experience all the symptoms of stroke, whereas there are others who only experience some symptoms. The combination, frequency, and intensity of the symptoms are different and vary from one person to another. But if you shortlist and identify the symptoms in time, you will be able to save your life or the life of someone you love dearly.